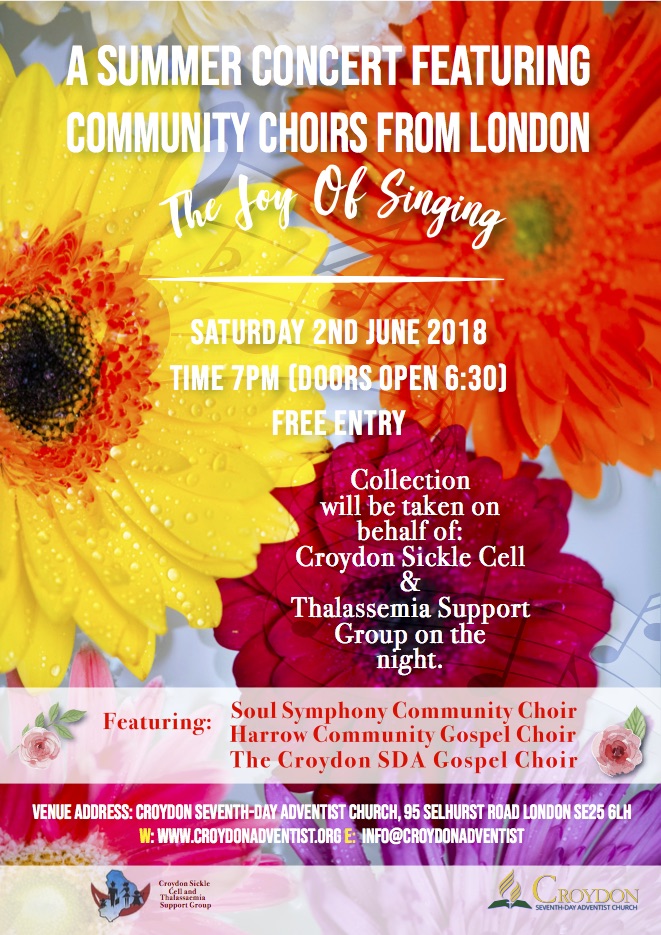 Beautiful music can calm the soul.  It is one of the most magnificent and delightful gifts that God has given us. Join us for an evening of inspirational music presented by Soul Symphony Community Choir, Harrow Community Gospel Choir and the Croydon SDA Gospel Choir.

A collection will be taken on behalf of Croydon Sickle Cell & Thalassemia Support Group (CSCATS). Find out more about CSCATS at: www.cscats.org/wp/

Soul Symphony Choir continues to provide singing opportunities for people of all ages and backgrounds. We enjoy helping our community and reaching out to those who may appear to be less integrated into society. Soul Symphony has raised thousands of pounds through fundraising concerts for charities and causes such as Croydon Nightwatch, Off the Record – Youth Counselling, Lives Not Knives, Macmillan Cancer Support, Jigsaw4u, Daniel Spargo-Mabbs Foundation, Fight Hard for Rashard, and Afro Caribbean Leukaemia Trust, South East London ME (Myalgic Encephalomyelitis) Support Group, the National Autistic Society,  Mind in Croydon and Sutton Mencap. We also support vulnerable people based in Mind in Croydon and residential care homes. As a choir we aim to uplift others with our joyous sound igniting the fire in the souls of our listeners through various genres including gospel, soul, pop, traditional (i.e. hymns) and acapella music, we know how to get an event going!!

Harrow Community Gospel Choir (HCGC) started in May 2013 and was initially formed to be a part of the ‘Now Is The Time – Let Freedom Ring’ performance at Harrow Arts Centre in November. Since then they have performed at community events, parties, weddings and have presented their own annual concert to a sell-out audience since 2014. They have also taken part in the Camden Choir Festival, and Stratford Upon Avon Community Choirs Festival. They were elated when they were chosen to be the featured choir on the soon to be released single ‘Crazy’ by K Sohl, a rising singer/songwriter from Harrow.

The Croydon Seventh-Day Adventist Gospel Choir began life as an non-auditioned church youth choir in 1979. The Gospel Choir’s popularity swiftly grew due to its originality, diversity and innovative approach to gospel: it sings a variety of genres of music, and often fuses genres.  It has appeared on numerous television programmes including BBC Songs Of Praise. The choir was part of an innovative live BBC television programme, Flashmob: The Opera,  which was broadcast live from Paddington Station, and also appeared in two episodes of BBC Eastenders, where it was actually part of a story line.The choir has performed across the continent, and the US. It has recorded several projects, many under its own imprint CGC Music, but also recorded with record label MCI an international commercial release, The Very Best Of Gospel. This album was featured on the BBC TV series, Paradise Heights. The choir’s repertoire is a strong reflection of each member’s personal faith. Find out more at: www.croydonsdagospelchoir.co.uk 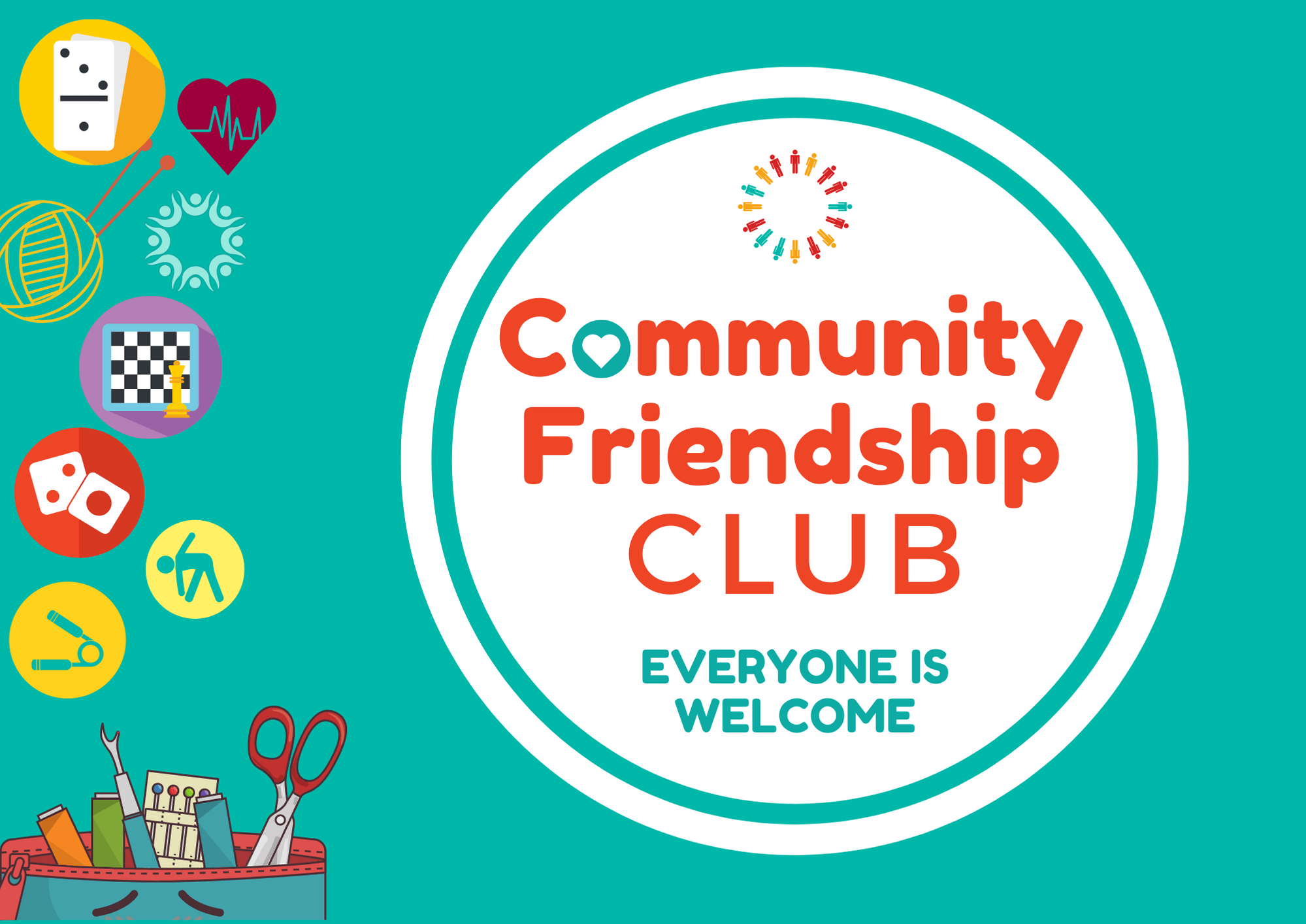 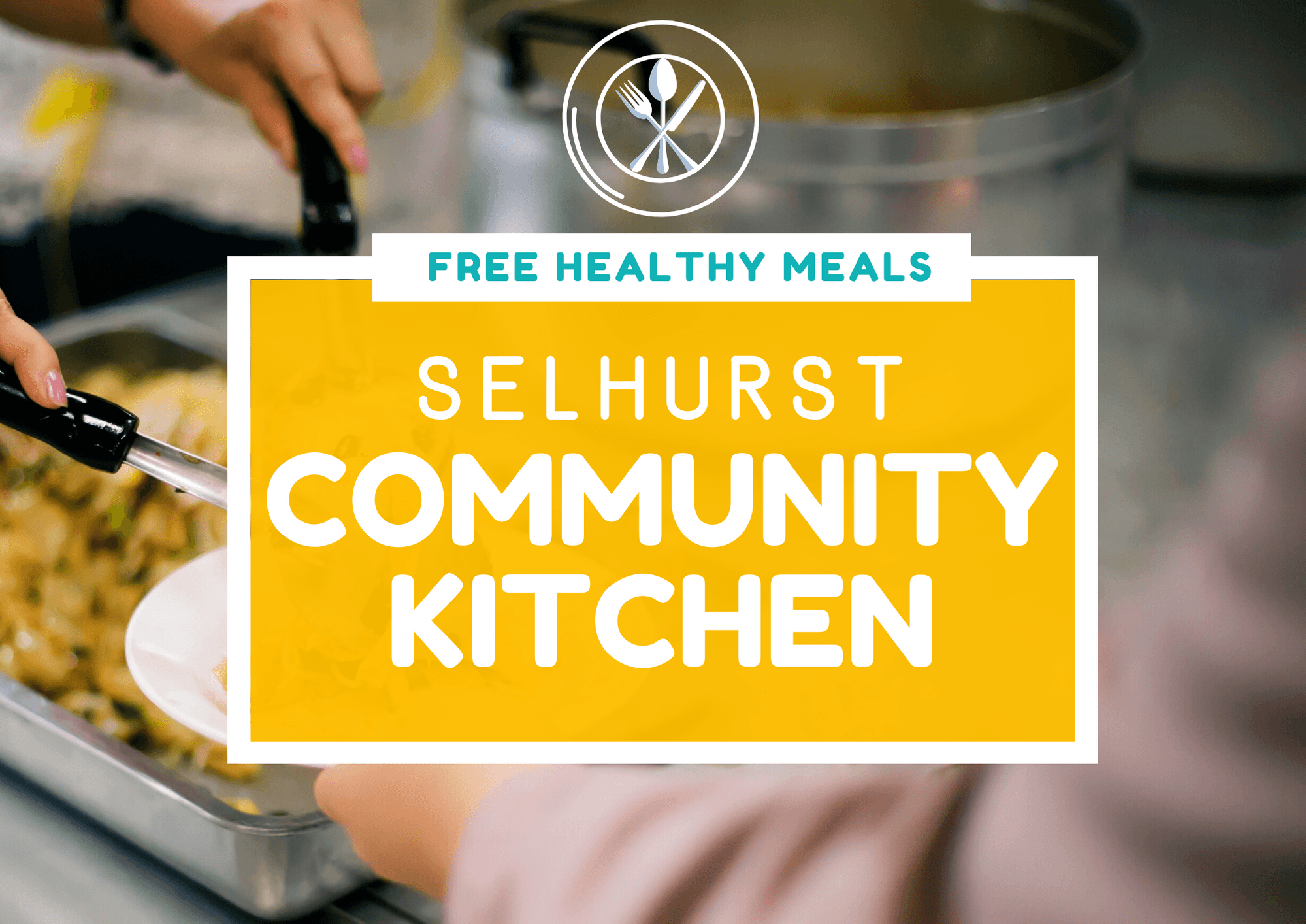 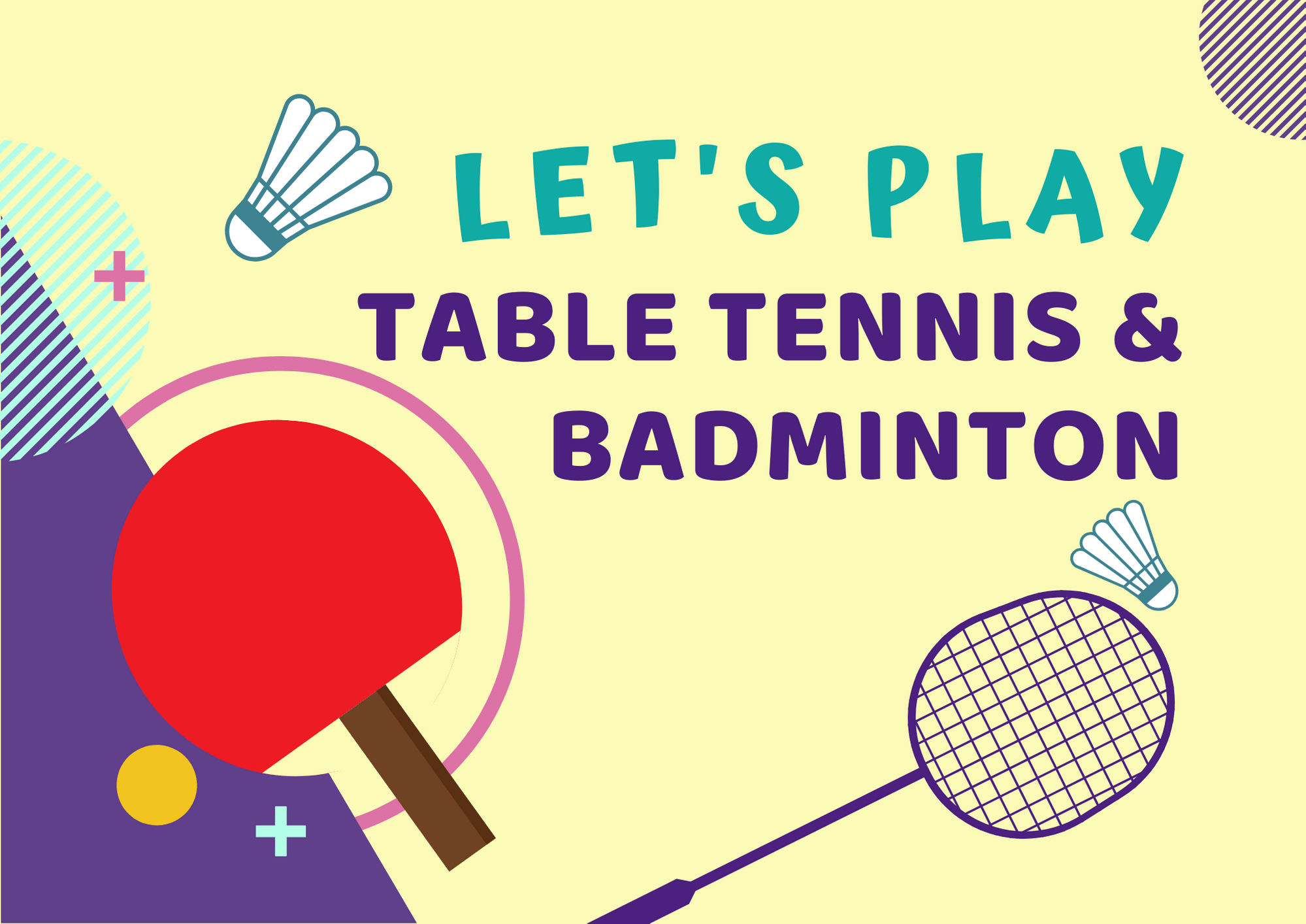 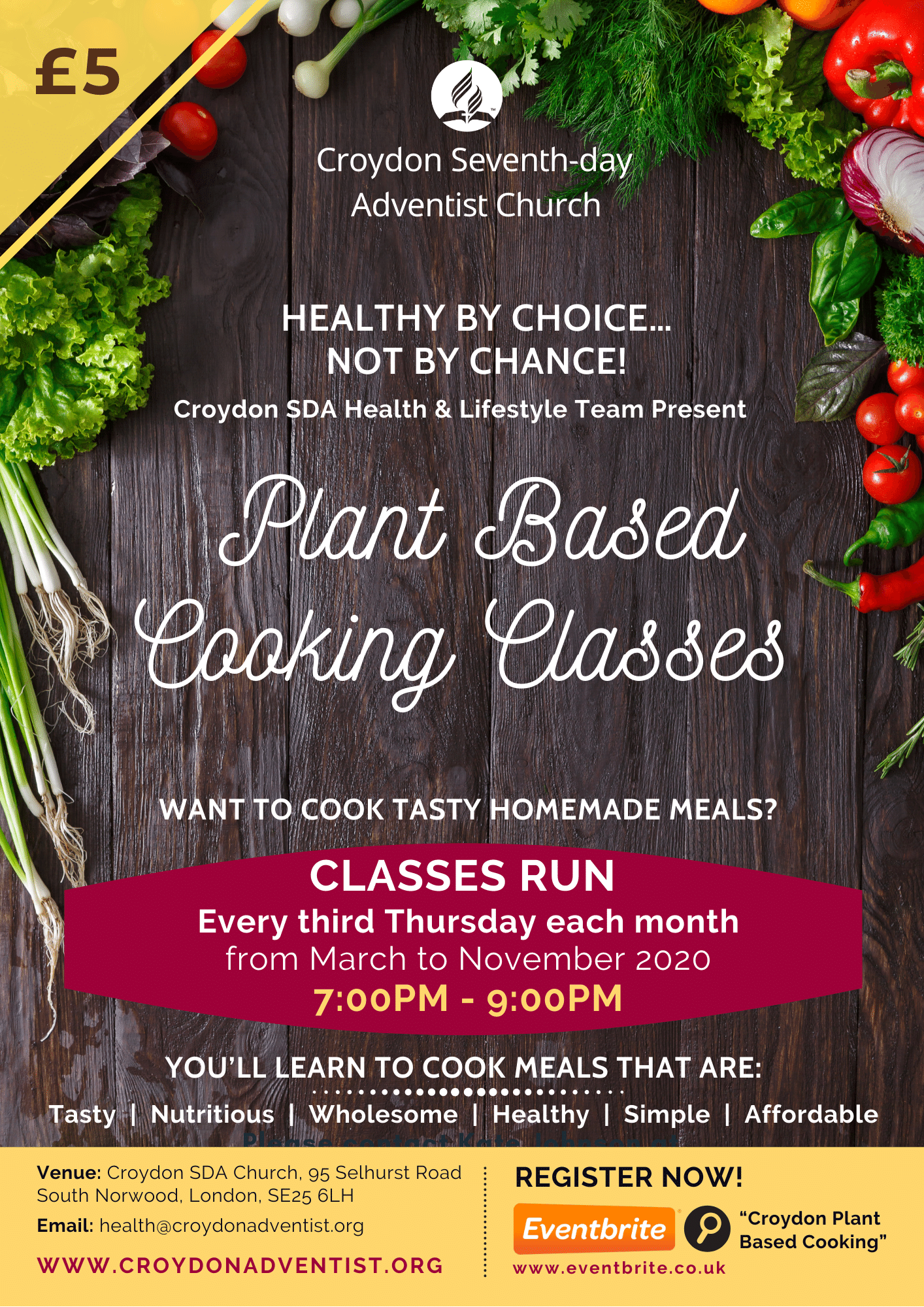 Want to cook simple, tasty and healthy homemade meals? We're offering 9 classes over the course of the year. Everyone…