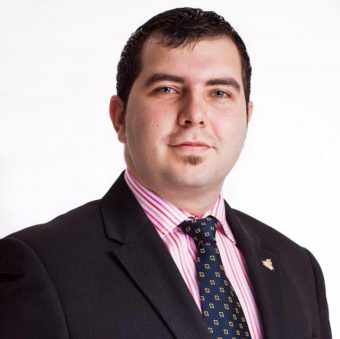 astor Alex Mareniuc is currently serving as the Associate Pastor for the Croydon Seventh Day Adventist Church (since November 2017).

His ministry with the Romanian churches began in 2010 while he was a student at Newbold College. He helped with the planting of the East London Romanian Church (2011) and Watford Romanian Company (2014).

In 2015 he was called into Ministry by God to continue working in a Pastoral capacity for the South England Conference.

Pastor Alex believes in a practical church that replicates the modus operandi of Jesus Christ, the One whose example we are here to follow. Therefore, his passions are practical evangelism and working with young people to prepare the future generation for serving our Master.

Pastor Alex is married to Madalina and they have a son named Ethan, who was born in 2017.