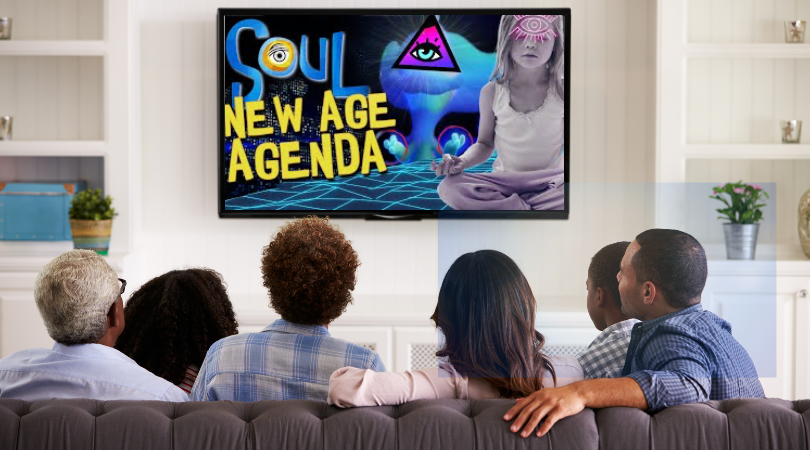 Let’s have an uncomfortable conversation. The world we live in, is not a very nice place.

Everything is upside down and topsy turvy. Morals as defined by God, are viewed as an antiquated concept and what was once considered wrong, is now widely accepted as the norm.  We and our children in particular, are being systematically desensitised to accept these changes, without question.  If you wonder how you know you are desensitised, it’s when you no longer question the things that violate biblical principles.

The movie industry for example, has desensitised us to accept the most shocking forms of violence, as just regular movie fodder. In fact, many people find the absence of violence in movies, as boring and not worth watching. There has also been a significant rise, in the number of shows that focus on witchcraft, demons, vampires, werewolves and all things occult. No exception has been spared for children and only the most mindful of parents, understand the insidious brainwashing taking place.

I was on Amazon a while back, in search of a children’s book and came across one, written specifically for children, that showed them how to summons demons. The book came complete with incantations and symbols. It had nothing to do with the subject matter I was researching but was placed prominently in the search field.

Many parents write off this type of thing as harmless fun, popularised in part, by the phenomenon of the Harry Potter series, which had sold over 500 million books worldwide! Not much research is required however, to note that the book is based on the philosophy’s of witchcraft, with references to real places, people, instruments and spells.

Occultism in popular culture is viewed by many as ‘trendy’. Many artists openly profess their love of the occult and depict this in their clothes, jewellery, music videos, interviews,  etc. No longer is occultism running a subtle seduction of the world. Satan is brazenly engaged in open ware fare and many of us are totally oblivious!

According to data obtained by ‘Insider’ from consumer insight service Helixa, 22-year-old rapper, Lil Nas X, is the most popular music artist among baseball fans aged 18-29.  An article on the web, confirmed that sports giant, Nike, has recently won its lawsuit against Brooklyn art collective MSCHF over their controversial ‘Satan Shoes’ that contain a drop of real human blood in the soles. The $1,018 (£740) trainers are modified Nike Air Max 97s that feature an inverted cross, a pentagram and the bible text “Luke 10:18”. MSCHF produced the shoes in collaboration with rapper Lil Nas X. It said only 666 pairs were made and all but one have already been shipped.

It is important that we put Satan’s effort to pervert the course of our salvation, into the right context. To do that, we must use God’s word as our guide. The Old Testament is very clear about how we should view all things occult and uses strong language to impress upon us God’s views on the matter. In Leviticus 19:31 we read:

Do not turn to mediums or seek out spiritists, for you will be defiled by them. I am the Lord your God.

By popularising the occult in modern society so that it appears normal, prevalent, or even “good.” Satan is seeking to destroy our trust in God. Reading your daily horoscope, or asking the opinion of a psychic (as seen in many TV shows), using tarot cards or playing with Ouija boards, may seem innocuous but the damage being caused to your spiritual life, may be irreparable. God tells the Israelites that he “detests” these things, as a warning to those engaging in such practices and in Deuteronomy 18:10-12, we read:

“Let no one be found among you who sacrifices their son or daughter in the fire, who practices divination or sorcery, interprets omens, engages in witchcraft, or casts spells, or who is a medium or spiritist or who consults the dead. Anyone who does these things is detestable to the Lord; because of these same detestable practices the Lord your God will drive out those nations before you.”

In consulting anything other than God for guidance, we are defiling and destroying the very foundation our faith is built on and opening ourselves up to be filled with spirits not from God. There is no room for interpretation on this matter, to disobey God comes with grave consequences.

I will set my face against the person who turns to mediums and spiritists to prostitute himself by following them, and I will cut him off from his people.

This is a stark warning against occult practises and as you go through the week, think about the ways you may have engaged in occultism. Perhaps through what you watch, your music choices, your choice of literature, gaming, clothing, jewellery etc and as a parent, are you safeguarding your children by actively monitoring what they internalise?

Father, please give us wisdom to discern all things contrary to your word. Immerse us in your Holy Spirit and shield us from the enemy.