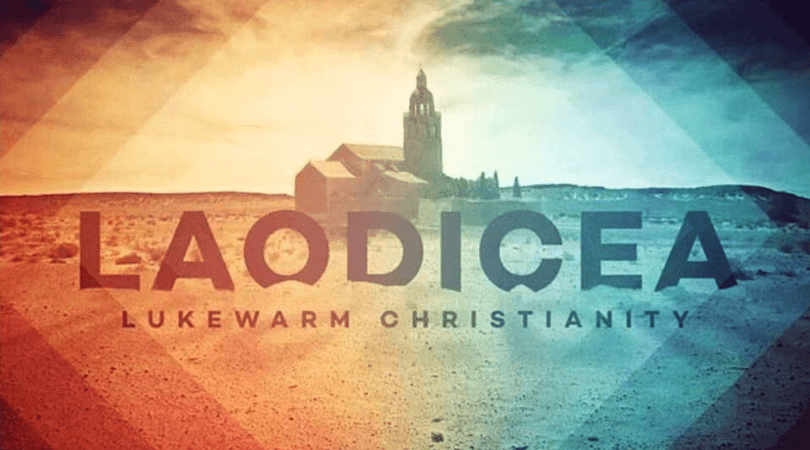 This is a written record of a Bible Study session undertaken during the youth’s Friday night discussions and is thereby credited to all of them.

The book of Revelation is a prophetic book that expands upon the prophetic Old Testament narrative written in Daniel 12:4. When revealing the rise and fall of empires, God stops at a certain period in time and refrains from further revelation. God saw fit to close the book, to prevent revealing too much ahead of time. He then, reopens the book with the apostle John, while he is exiled on the Isle of Patmos. God seeks to warn the 7 churches of what might become their downfall if they do not heed His warnings, as well as to inform them of what signs will foreshadow Jesus’s return.

I wonder what great works can be achieved with our gifts and talents, if we choose to allow the Lord to use us as his vessel, during this period of isolation?

The Spiritual Chain of Command

The revelatory message, sent in the form of letters, to the 7 churches in Asia, were passed down through a spiritual chain of command: God > Jesus > Angel > John > The 7 Churches. The chain of command starts with God. In Revelation 1:8, God is described as the Alpha and the Omega, which are the first and the last letters of the Greek alphabet, signifying the fact that he was at the beginning of time and will bring about the end. Omega also holds a value of 800 the largest and therefore, ultimate value of all of the numbers in the alphabet because it is the last in the set. In the original translation, this scripture can be taken to mean that God is the most powerful and that everything revolves around him. The command is then transferred to Jesus, God’s Son, the physical bridge between God and man. Jesus entrusted this special revelation to a messenger angel, to ensure that it got to John safely and was conveyed with clarity. Lastly, the apostle John received the message and then dispersed it through several letters to the churches.

The specific church in question today is the church of Laodicea. The letter sent to them can be read in Revelation 3:14-22. In chapter 3:14 ‘Amen’ is another name for God; it is a blessing from the expression of his greatness. Verse 15 shows how the Laodiceans are the opposite of what they think they are. Their physical appearance greatly differs from that of their spiritual health. ‘He who thinks that he knows and he who knows not that he knows not is a fool’.

How often do we as human beings value the outer appearance as opposed to the inward character?

Laodicea was situated in between two rivers one of which had very hot water running through it and the other of which had very cold water running through it. Ironically the church’s geographical location reflected their spiritual ineptitude. Quite simply put, these natural borders meant that they were not only spiritually sitting on the fence but were physically located in the middle too. As a result of being lukewarm, the Laodiceans were limiting their potential to fully experience a relationship with Christ. Thereby forfeiting their right to the Kingdom of Heaven as well as the love, joy and peace that God’s protection could afford them here on earth. By extension, they were also limiting the impact that God might have been able to have on the lives of others through them.

God uses things that they can understand to meet people where they are. When in Rome do as the Romans do! During the time period of Antiquity, the line between the source, the manufacturer and the purchaser was much less complicated. In addition to this, the Laodiceans had an abundance of earthly wealth and would therefore, have had a more detailed understanding of the properties of gold. They would have been able to comprehend how the properties of gold would have transferable traits for them to develop a refined Christian character. Similarly, to gold, the Laodiceans would have needed to become more malleable, for them to be molded into the likeness of God. They would have needed to remain incorruptible by the sins of the world, just like gold is not easily corrupted by acids. They would need to remain immovable and steadfast, over time no matter what conditions may present themselves, just as gold does not rust.

Adam and Eve were clothed with God’s righteousness before the fall and therefore experienced two types of nakedness as a result of it. This physical nakedness goes on to provide the perfect metaphor to Laodicea’s spiritual nakedness in the following verses. In chapter 3: 14-18, God tells them to exchange their fine things for white robes so that their figurative nakedness (spiritual lack) might be clothed and covered. White signifies purity and righteousness. As touched upon previously, the Laodiceans would need to adopt the properties of gold and apply them to their Christian character. In God specifying that they should purchase gold ‘refined cleansed and sealed in fire’ from him, God describes a gold that has been perfected into its final form and is therefore ready for wear. By using the word sealed God alludes to his people being sealed for the Day of Redemption. Lastly, by using the most highly valued metal on earth God alludes the fact that we must store up are treasures in heaven (Matthew 6:19-21).

Jesus says, ‘I counsel you to buy from me,’ because he has repurchased their freedom through the price of his sacrifice, however, it is optional as to whether they choose to partake in it. Instead of buying from the most expensive designer, who will only be of benefit to them for a fleeting moment during this lifetime, God urges us to buy from him robes that will last an eternity in the next.

Riches and the Kingdom of Heaven

Another story that comes to mind when we consider the challenge for the rich to enter the Kingdom of Heaven, is the story of the Rich Young Ruler (Luke 19:16). Jesus thankfully leaves us with an inspiring disclaimer ‘With men this is impossible, but with God all things are possible ‘.

Being a part of the kingdom of God requires you to have a horizontal relationship with God and a vertical relationship with others. Some were blessed with abundance so that they might bless those who lack (Proverbs 11:24-25). In verse 16 God specifically warns ‘I am ABOUT to spit you out of my mouth’, meaning that there is still a chance for them to chart a new course. Love exhorts and disciplines. For example, a child needs to be taught the consequences of their incorrect actions at an early stage, so that their misdeeds do not escalate beyond redemption. However, love also requires mercy, which is what God is exhibiting in giving them a warning, that they are expected to answer through a change in their actions.

Verse 19-20 says God is waiting for a response from them. God knocks for us, just as we can knock for him (Matthew 7:7-8). We are invited to eat with the King of Kings and the Lord of Lords giving us the chance to build an intimate relationship with him. We are honoured enough to be able to spend face-to-face family time in discussion with him, where we will be nourished both physically and spiritually. Having been invited into his home reveals that we are trusted guests because you don’t allow just anyone into your home. Before you say ‘why would the Lord want to spend his precious time with me?’ During his ministry, Jesus was recorded eating with only sinners and his trusted disciples. Jesus came to save sinners like you and me. Verse 21 tells us that to sit on the throne with God, is to be entitled to the entire inheritance of the Kingdom of Heaven. All we need to do is accept it.

This body of scripture also has links to disparities of the mind and spirit that are out of sync with God’s values. Verse 18, mentions salve for the eyes, which is good for healing and protection. The church of Laodicea needed to look through heavens eyes because continuing to look through their own faulty, earthly vision would result in them continuing to be deceived. The first part of solving a problem is becoming aware of the fact that you have one, to begin with.

Pastor proceeded to ask us for examples of when our eyes and by extension our minds have deceived us. Examples such as a mirage, which would have been common in the desert regions in which some of the 7 churches resided was suggested; whereby your eyes are deceived by hallucinations. Fear mixed with paranoia, leading you to imagine monsters lurking in the shadows was another. Last and by all means the funniest but arguably most relatable for this generation was a ‘Catfish’ – someone who lures someone in with a false identity on social media.

At the end of the discussion, it was concluded that it is more than possible to overcome a spirit of lukewarmness when you accept God’s help and use his vision as your own. We can do this by spending quality time with him; reading his word, praying, watching sermons and the like.