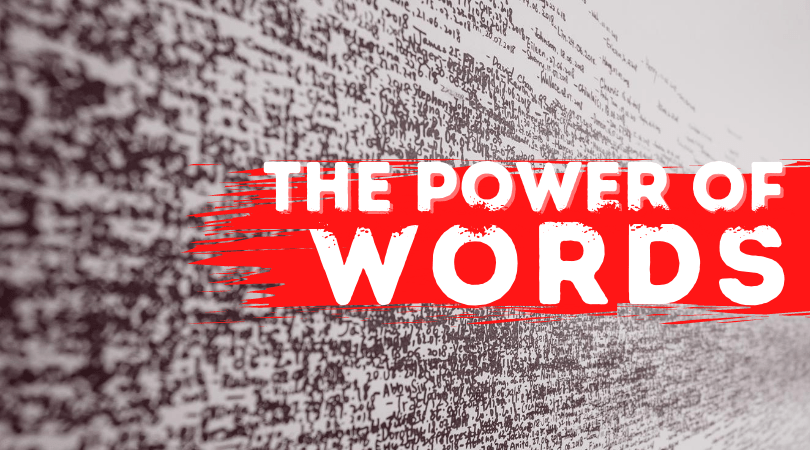 A group of frogs were travelling through the woods, and two of them fell into a deep pit. All the other frogs gathered around the pit. When they saw how deep the pit was, they told the two frogs that they were as good as dead.  The two frogs ignored the comments and tried to jump up out of the pit with all their might. The other frogs kept telling them to stop, that they were as good as dead. Sadly, one of the frogs took heed to what the other frogs were saying and gave up. He fell and died. The other frog continued to jump as hard as he could. Once again, the crowd of frogs yelled at him to stop the pain and just die. He jumped even harder and finally made it out.  When he got out, the other frogs said, “Did you not hear us?” The frog explained to them that he was deaf. He thought they were encouraging him the entire time. The words heard by the first frog caused such discouragement that he gave up and eventually died. The second frog lived because he was unable to hear and focused on the perceived encouragement.

“The tongue has the power of life and death.” Proverbs 18:21

There are over one million words in the English language.  Sociologists claim that the average woman uses about 20,000 words each day, whereas typically a man uses up to 7,000 (The Female Brain-Louann Brizendine). 27,000 words per day provide many opportunities for communication. Each word has a meaning and when strung together correctly, they form a sentence which in turn, conveys a message. This can have a positive or negative effect on one’s self-esteem.

In his book, Love as a Way of Life, Gary Chapman describes words as being either ‘bullets or seeds’. When used as bullets, words are accompanied by feelings of superiority and condemnation, which make it difficult to build, maintain or restore relationships. On the other hand, words used as seeds, provide support and foster healthy relationships. Irrespective of how they are used, words have an impact on the receiver’s attitude and outlook; they help to shape future successes.  It is therefore of paramount importance that we select carefully the words we use.  Though broken bones can heal with time unkind words can produce irreparable damage. On many occasions my wise grandmother advised, “Never say in anger what you don’t mean, because you can say you’re sorry, but you can’t take it back.” I guess she understood this maxim, “that words have power.”

For the word of God is living and powerful, and sharper than any two-edged sword…Hebrews 4:12.

The Bible records many occasions when Jesus used words in a life-altering manner. But Jesus rebuked him, saying, “Be quiet, and come out of him!” And when the demon had thrown him in their midst, it came out of him and did not hurt him. Then they were all amazed and spoke among themselves, saying, “What a word this is! For with authority and power He commands the unclean spirits, and they come out.” Luke 4:35-36 Jesus used words to evict demons.

Satan was silenced by the words of Jesus; we too, can use God’s Word to resist temptation. But Jesus answered him, saying, “It is written, ‘Man shall not live by bread alone, but by every word of God.’” Luke 4:4

God’s word provides peace and comfort in times of distress. The Lord is my shepherd, I lack nothing. He makes me lie down in green pastures he leads me beside quiet waters, he refreshes my soul… Psalm 23: 1-3. Jesus always used words to build, restore, and to bring peace.  There is enormous power in your words. Decide today to share words of kindness, praise and encouragement.

Heavenly Father, thank you for reminding us of the power of words. When on earth, Jesus showed us how to use words in a positive way. Please help us to follow His example, in the name of Jesus we pray. Amen.

Check our 7-day Word Fast devotional which focuses on several biblically sound mechanisms to help you change your words and your life. Not only will your vocabulary change, your heart also will be transformed. “For out of the abundance of the heart the mouth speaks” (Matt. 12:34 NKJV). With this effective form of fasting you will be challenged to eradicate from your speech all words of: