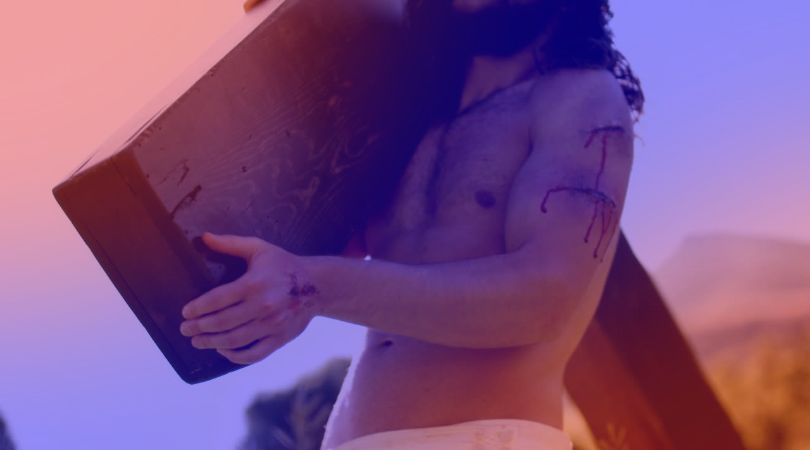 The film ‘The Green Mile’ depicts convicted criminals being executed in the USA using the electric chair.  The executions were witnessed by, among others, the relatives of the victims of their crimes.  I had never considered that aspect of ‘the ultimate punishment’ before; the fact that the victims were given the right to be there to see that justice was done.  I considered the effectiveness of that practice and wondered if it brought the family members any satisfaction at all.

One scene was particularly poignant.  Because of the malicious act of one of the prison guards, instead of the convict dying relatively quickly as the current passed through his brain, he spent several minutes in horrible agony while his body burst into flames.  The reaction of the family changed from bitter cursing of the convict to one of horror and revulsion. Even though this man had gravely wronged them, the sight of his body bursting into flames and the sound of his screaming through his own personal hellfire was too much for them.  This was a fictitious incident but I would imagine that for most of us, in similar circumstances, our reaction would have been the same.

There have been many horrific crimes, since I first began writing this piece, almost too many to mention. There have been terrorist attacks, child murders, cases of extreme abuse.   There were the murders of George Floyd (2020) and Sarah Everard (2021). Different circumstances but both at the hands of someone who pledged to ‘protect and serve’ with ‘fairness, integrity, diligence and impartiality’.

Some things may not even have been reported as crimes, for instance, the kinds of abuses that take place in the home or in relationships where you should feel safe.  Imagine the bitterness, the resentment the misery and emotional torment families and friends would have gone through.  How do you replace a loved one who has been lost to murder?  How much money would be needed to ‘compensate’ for the loss of a child? How do you punish someone for the long-term mental and emotional scars left by abuse? How many years in prison would it take to ensure that the perpetrators of these acts ‘paid’ for their crimes?

Sometimes, we think that if someone has done us wrong, nothing would be more satisfying than seeing them suffer. We feel it is only right that they should suffer; justice must be done.  Sometimes the very people who cause us hurt and pain experience an overwhelming guilt which causes them to think that their victims just want to make them pay for what they have done.  Deep down, they may even believe that they deserve to pay.  The reality of this, however, is that no matter how much the wrong-doer suffers it can never restore our peace.

We either find ourselves recoiling at the severity of their punishment or frustrated that their suffering is somehow not enough.  And so, the desire for revenge wells up inside and consumes us.  It eats away at our peace of mind and our ability to deal with the normal routine of day-to-day living.  Or it grows and explodes, causing us to perform acts that are as unjustifiable as the evil that was visited on us in the first place.  Thus all, both perpetrator and victim are ultimately broken.

So, what punishment is fitting for the moral and physical ‘crimes’ committed against us?  How can we make sure that justice is served against the agents of our suffering and the suffering of those we empathise with? Often, we can barely measure the mental, emotional and physical torment that has taken place, sometimes over prolonged periods of time, how could we possibly measure what would make it right?  The truth is we can’t and it is not our place to.  I was thinking this through when it struck me that it was for this very reason that Jesus suffered torture and died a cruel, agonising death on the cross.

But he was pierced for our transgressions, he was crushed for our iniquities; the punishment that brought us peace was upon him, and by his wounds we are healed.

I have always read this prophetic verse about Jesus’ sacrifice on the cross as assurance that I have forgiveness for my sins.  But I see now that what it is also saying is that the punishment, the justice that we seek when we have been mistreated has already taken place.  The same God who said “vengeance is mine…I will repay” (Romans 12:19) sent his own son to earth in human form and carried out His righteous vengeance against him.

God punished Jesus, most severely, not only for all the wrongs that I have committed but for those committed against me.  That means that I can be freed from the misguided psychological burden of trying to ensure that justice is done and that those, who have wronged me, see their mistakes and suffer for them.  Jesus already suffered in their place.  Jesus paid it ALL and because he was wounded, I can have healing from any bitterness, resentment and desire for retribution that would only destroy my peace of mind.

However justifiable our sense of injustice and aggrievement, however incensed and outraged we may be, we need to recognise that there are consequences to harbouring and nurturing our pain.  Many of us through bitter experience have come to the realisation that the only way of moving beyond the hurt that we have suffered at the hands of others is to get on our knees and pray that the God of love and mercy will show us how to forgive.

We need to ask God to guide us on our journey towards true, cleansing forgiveness. Sadly, as sinful beings, this ability to forgive does not come without a struggle.  However, we can be assured that, as we release to God the burdens we carry in this respect and accept His sacrifice for sins committed againstus; it ‘frees’ Him to work in our lives and in the lives of those we pray about.  Then, as we no longer experience the need to look for the ‘punishment’, we will become free to experience the peace that God longs so much for us to have.

“Be an encourager. The world has plenty of critics already.”