What is Halloween and should Christians celebrate it? 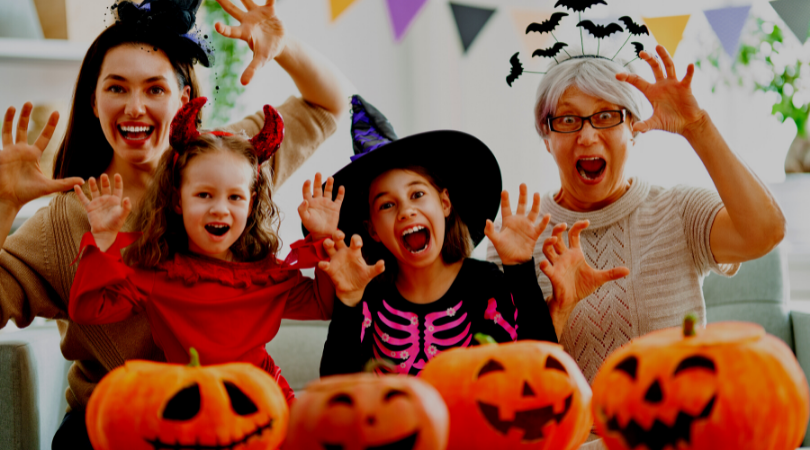 What is it about Halloween that makes October 31 so popular? Perhaps it’s the mystery—or just the candy? Perhaps the excitement of a new costume?

Whatever the draw, Halloween is here to stay. But what does the Bible say about it? Is Halloween wrong or evil? Are there any clues in the Bible as to whether a Christian should celebrate Halloween?

What does the Bible say about Halloween?

First of all, understand that Halloween is mostly a western custom and it has no direct reference in the Bible. However, there are several Biblical principles that directly relate to the celebration of Halloween. Perhaps the best way to understand how Halloween relates to the Bible is to look at the meaning of Halloween and its history.

What does Halloween mean?

The word Halloween literally means the evening before All Hallows Day (or All Saint’s Day) celebrated on November 1. Halloween is also the shortened name of All-halloween, All Hallows’ Evening and All Saint’s Eve which is celebrated on October 31. The origin and meaning of Halloween are derived from ancient Celtic harvest festivals, but more recently we think of Halloween as a night filled with candy, trick-or-treating, pumpkins, ghosts and death.

The history of Halloween

The origin of Halloween as we know it, began over 1900 years ago in England, Ireland, and Northern France. It was a Celtic celebration of the new year, called Samhain which occurred on November 1. The Celtic druids revered it as the biggest holiday of the year and emphasized that day as the time when the souls of the dead supposedly could mingle with the living. Bonfires were a large aspect of this holiday as well.

Samhain remained popular until St. Patrick and other Christian missionaries arrived in the area. As the population began to convert to Christianity the holiday began to lose its popularity. However, instead of eradicating pagan practices such as “Halloween” or Samhain, the church used these holidays with a Christian twist to bring paganism and Christianity together, making it easier for local populations to convert to the state religion.

Another tradition is the druidic belief that during the night of November 1, demons, witches, and evil spirits freely roamed the earth with joy to greet the arrival of “their season”—the long nights and early dark of the winter months. The demons had their fun with poor mortals that night, frightening, harming, and even playing all kinds of mean tricks on them. The only way, it seemed, for scared humans to escape the persecution of the demons was to offer them things they liked, especially fancy foods and sweets. Or, in order to escape the fury of these horrible creatures, a human could disguise himself as one of them and join in their roaming. In this way, they would recognize the human as a demon or witch and the human would not be bothered that night.

During the time of the Roman empire, there was the custom of eating or giving away fruit, especially apples, on Halloween. It spread to neighbouring countries; to Ireland and Scotland from Britain, and to the Slavic countries from Austria. It is probably based upon a celebration of the Roman goddess Pomona, to whom gardens and orchards were dedicated. Since the annual Feast of Pomona was held on November 1, the relics of that observance became part of our modern-day Halloween celebrations, for instance, the familiar tradition of “dunking” for apples.

Today costumes take the place of disguises and candy has replaced fruits and other fancy foods as children go door-to-door trick-or-treating. Originally trick-or-treating began as “souling,” when children would go door-to-door on Halloween, with soul cakes, singing and saying prayers for the dead. Over the course of history Halloween’s visible practices have morphed and merged with the culture of the day, but the purpose of honouring the dead, veiled in fun and festivities, has remained the same. The question remains, is celebrating Halloween bad or unbiblical?

As a logical thinking person, consider for a moment what you are celebrating and what Halloween is all about. Is the holiday uplifting? Is Halloween pure? Is it lovely, praiseworthy, or of good report?

Is Halloween based on godly themes such as the idea of peace, freedom and salvation or does the holiday bring to mind feelings of fear, oppression and bondage?

Additionally, does the Bible sanction witchcraft, witches, and sorcery? On the contrary, the Bible makes it clear that these practices are an abomination to the Lord. The Bible goes on to say in Leviticus 20:27 that anyone who practiced witchcraft, soothsaying, sorcery should be killed. Deuteronomy 18:9-13 adds, “When you come into the land which the Lord your God is giving you, you shall not learn to follow the abominations of those nations. There shall not be found among you … one who practices witchcraft, or a soothsayer, or one who interprets omens, or a sorcerer, or one who conjures spells, or a medium, or a spiritist, or one who calls up the dead. For all who do these things are an abomination to the Lord.”

Is it wrong to celebrate Halloween?

Let’s look at what the Bible adds to this topic in Ephesians 5:11, “And have no fellowship with the unfruitful works of darkness, but rather expose them.” This text is calling us to not only have no association with any type of dark activity BUT ALSO to shed light on this topic to those around us. As stated earlier in this article, Halloween was not exposed by the church for what it was, but rather was incorporated into church holy days. Are Christians responding in the same way today?

As you think about Halloween—its origins and what it stands for—would it be best to spend time dwelling upon its themes or to shed light upon what lies below the surface of this holiday’s celebration? God is calling humanity to follow Him and to “come out from among them and be separate, says the Lord. Do not touch what is unclean, and I will receive you” (2 Corinthians 6:17).