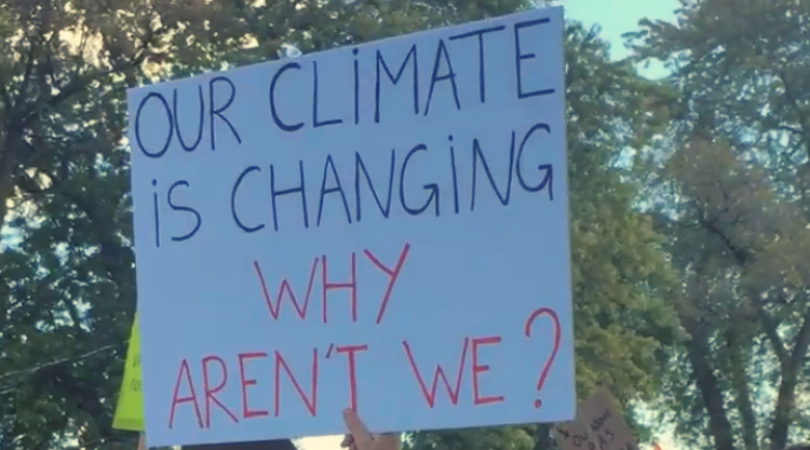 The world is at a climate crossroad and actions must be taken. What affects the climate in one country, impacts us all.  The United Nations organized a summit on climate change called COP26 involving world leaders and major financial institutions with a single focus – sustainability. World leaders were encouraged to use legislation as a means of reducing their greenhouse gas emissions. On the other hand, financial institutions were dissuaded from investing in fossil fuel companies as that adds fuel to the climate crisis. Climate campaigners/activists are concerned that this COP26 will not produce bold actions in a timely manner and that our future generations will inhabit a damaged planet.

Announcements from the summit appear dubious and indecisive. Even though some positive actions were announced, world leaders were unable to agree to the cutting of emissions to the 1.5% necessary to slow the adverse effects of climate change. An agreement was made with financial institutions to halt the staggering level of deforestation by diverting the flow of $100bn in cash from wealthier countries (which contribute more to pollution) to poorer ones. This will aid in the development of innovative technology, thereby considerably reducing their greenhouse gases emission. Yet this will be delayed for at least a year.

There was a deal on the phasing out of the use of coal, but then; some of the leading coal producers are not prepared to comply as this will jeopardise their economic development. As well, mutterings also suggest that two of the world greatest polluters have made pledges but refused to sign up to further narrow climate difference. After a myriad of disappointments, the politicians left Glasgow. On reflection, Swedish environmental activist, Greta Thunberg referenced the summit as a failure and a massive “PR Event.”

From a Christian perspective one sees self-interest at the heart of these summits.

Each leader represents a country and has his/her own agenda. Yet this is undeniably a global issue and therefore demands a collective solution. As the saying goes, “no man is an island.”  Poor environmental practices in one country have global repercussions. The Apostle Paul in Philippians 2:4 counselled, “Let each of you look not only to his own interests, but also to the interests of others.”

The world was created for the benefit of all. The wealthier countries have the means and the know how to develop advanced technologies to protect their citizens from extreme weather patterns. How long for? Our selfishness means we hurt other nations as we ruthlessly strive to satisfy the greed of our own population. There are consequences for every action.  When a country adopts good environmental practices, everyone benefits. Proverbs 11:25 “Generous persons will prosper; those who refresh others will themselves be refreshed. “

The power in giving back.

American actor Adrian Grenier states, “It’s enough to indulge and to be selfish but true happiness is really when you start giving back.” Limiting the global temperature rise creates stability for the entire world. God’s natural world requires action from all to reduce the carbon footprint so that future generations will enjoy the benefits of a cleaner, less polluted world. Philippians 2:4, “Instead of each person watching out for their own good, watch out for what is better for others.” God’s creation was perfect, and we should enjoy, care for, and protect it; not just for ourselves but for others. God cares how we treat His creation.

Father God, when you told us to have dominion you meant care for…but we have done our own thing. Please forgive us. Help us to be faithful stewards, amen.