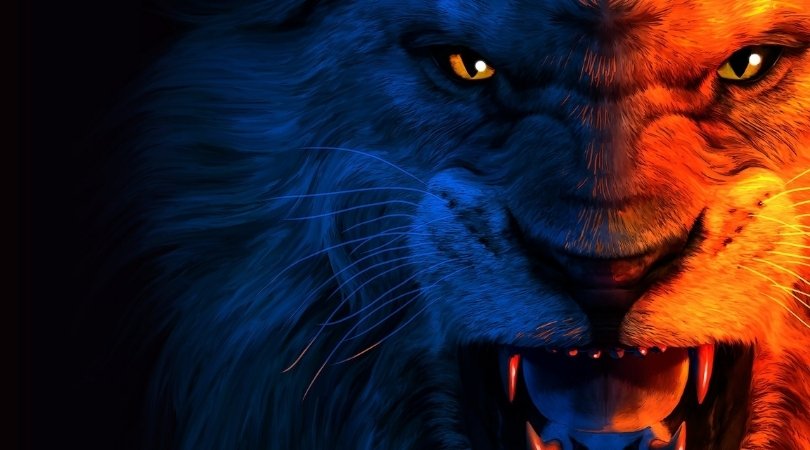 I want you to visualise with me for a moment, the South African village of Zwathini.

It was an afternoon in November when 27-year-old Sabelo Masondo, was out near his village when he heard an unusual sound.  In the blink of an eye, he says a lion emerged from the bushes and charged at him.

Shocked and frightened by the cat’s sudden appearance, he ran for his life. The lion chased him down as he tried to climb over the fence of a nearby peanut farm and the two came into direct contact, leaving Masondo scarred and unable to walk.

“I screamed all-out,” he says and relays that, “The lion grabbed me, tore my jeans and pierced my skin. I climbed higher and rolled over the other side of the fence.” He recalls that after scaling the fence he was wounded, but his priority was to seek help. So he picked himself up and ran towards nearby houses. He says he ran into the house of a neighbour without even knocking and took shelter!

Lions will adopt a different hunting strategy according to the type of prey they are hunting, which also speaks to their degree of intelligence. They are most known amongst the big cat category for their patience. They are not the fastest of the big cats – they are stalkers. They watch intensely every move of their victim before they pounce and their most successful hunts, are at night under the cover of darkness!

Scripture uses the lion as way to describe our enemy. In 1 Peter 5:8 we read:

Be sober, be vigilant; because your adversary the devil, as a roaring lion, walketh about, seeking whom he may devour.

We know that in scripture nothing is coincidence or used by chance. So, looking at this text through spiritual eyes, because spiritual things require spiritual discernment, we can deduce that some of us are walking around in spiritual darkness unable to see the enemy, watching, waiting, ready to pounce.

Satan has been orchestrating from the beginning of time your destruction and he is far more cunning, strategic, deceitful, intelligent and dangerous than we could ever give him credit for.  In John 10:10 we read that the enemy comes to STEAL, KILL and DESTROY and just like the lion, he studies our movements and just like poor Sabelo, attacks at our most vulnerable moment.

If your spiritual terrain is full of obstacles blocking your direct access to God, the likelihood is you won’t see the enemy because everyone of those obstacles can be used as a means for the enemy to stay hidden. 1 John 5:19 states that “the whole world lies in wickedness.” When you understand that Satan has manipulated and infiltrated every facet of society, you will look at things through your Spiritual eyes and realise that although we live in the world we must not be of the world.

The world we live in is built on a system that pays homage to Satan and his influence reaches the highest levels of government and is prevalent in education, music, the media, television, sports, religion and so on. In the media for example, Godlessness is promoted in every context, the home, relationships, children and teaches us perversion of God’s law on every level.

Satan like a roaring lion, waits for us to become spiritually flabby while we feast on a diet that dulls our senses and keeps us too distracted to put on our spiritual armour! We are warned against this state of mind in Ephesians 4:17-20 which reads:

This I say therefore, and testify in the Lord, that ye henceforth walk not as other Gentiles walk, in the vanity of their mind, Having the understanding darkened, being alienated from the life of God through the ignorance that is in them, because of the blindness of their heart: Who being past feeling have given themselves over unto lasciviousness, to work all uncleanness with greediness.

When we are not guarding our spiritual life, we open the gateway for unclean spirits such as pride, greed, lust, envy, gluttony and allow Satan to cause all kinds of havoc in the physical and spiritual realms of our life. A whole other message perhaps but how many times has the vile, destructive, malevolent Jezebel spirit destroyed, marriages, homes, Pastors and even churches!   Satan comes to steal, kill, and destroy (John 10:10).

What portal did that Jezebel spirit come through to reap havoc? It begins with what you allow yourself to consume! The title ‘Christian’ does not give you protection – that’s why there are so many Christians experiencing spiritual darkness, living in adultery, controlled by addictions, anger, poor finances, diet, health and so on. Many times, it is because we we have invited strongholds to be erected through our behaviour and these strongholds are inhabited by the demonic forces that suck the power out of our praise and stunt our spiritual growth. When we are living of the world, we give the enemy the legal right – a VIP pass, to access all areas of our lives.

If you are living this way and wonder why there is no power in your prayers and your praise, then quite simply it is because you “cannot pour from an empty cup.”

Next week we will look at the ways in which we defend and strengthen ourselves from the enemy and build a meaningful relationship with our creator.

Let’s Pray: Father, please open our eyes, so we can fully understand the depravity of the world we live in surrender ourselves fully into your loving care. Amen

“If we find ourselves with a desire that nothing in this world can satisfy, the most probable explanation is that we were made for another world.”