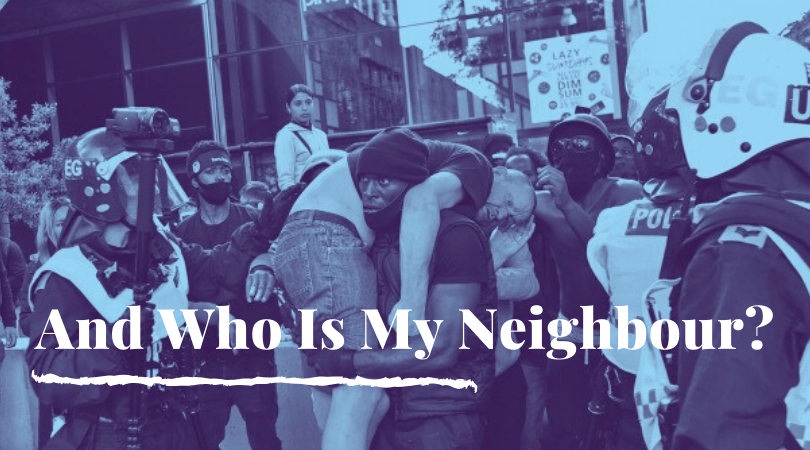 Growing up on the beautiful island of Jamaica, my siblings and I quickly realized that neighbours were just an extension of our home. As a child I was sent to deliver packages from my grandmother to various neighbours. Decades later while living on another beautiful island – St Lucia, my sons recall being sent to our neighbour while I was cooking dinner because I had run out of salt. Likewise, her daughter came to us for oil. I often stepped on the porch to see a package of sweet potatoes, pumpkins, jelly coconuts and plantains left by a neighbour. We delivered breadfruits, avocados, pineapples, oranges and mangoes. We all shared our produce.

In the Gospel of Luke 10: 25-37 we find the story of the Good Samaritan. A lawyer wanted a guarantee of his future. He asked Jesus, “What must I do to inherit eternal life?”

Had the answer been ‘those who live next door’, the lawyer would have felt confident of his place in heaven. As if to unsettle him further, Jesus told the story of the Good Samaritan. A Jew was robbed, badly beaten and left to die on the roadside. A Samaritan recognized him as his neighbour, took him to safety and paid for his care. This act of kindness stood out because Jews and Samaritans were long sworn enemies.

On Saturday, 13 June 2020, the world got an updated version of that timeless story, in the person of Patrick Hutchinson. He along with four friends saw a man being attacked by an angry mob. It might not have been clear to them why he was in trouble. There were many against that man and none for him. The five young black men selflessly went to the aid of the lone white man, and in so doing, diffused a volatile and potentially fatal situation. Considering the recent protests and riots related to racial inequality, the picture of Patrick carrying a white man to safety while being flanked by the other black men, has forced us to consider the lawyer’s question, “And who is my neighbour?”

It’s easy to help our friends and family. We sometimes look out for the elderly. What of those work colleagues who make our lives miserable? The ones who, when they fall into misfortune, we quietly whisper ‘they deserve it’? There are those at whose hands we have been oppressed for various reasons. The question still is, “And who is my neighbour?”

Patrick didn’t think about his own safety; the fact that the injured man might be his enemy wasn’t the issue. He saw a fellow human being who might be at risk of losing his life if he did nothing. Patrick (who is not a Christian) found it in his heart to rush in, scoop the injured man up and take him to safety. Those young men knew the answer to the question, “And who is my neighbour?”

In the Gospel of Matthew 25:40 we are told that when Jesus comes again He will say, “Truly I tell you, whatever you did for one of the least of these brothers and sisters of mine, you did for me.”

If we want to hear, “Come, ye blessed of my Father, inherit the kingdom prepared for you from the foundation of the world,”we must consider, what would Jesus do? How would I want to be treated?

Some may say that man didn’t deserve Patrick’s self-sacrifice. Neither do we deserve Jesus’ sacrifice. Last Saturday, Patrick was a saviour. Jesus is the Saviour of the world. Accepting Him enables us to understand who our neighbour is. Anyone in need of help, wherever we encounter them, whatever their views, is our neighbour.

(I have paid a lot of attention to this story because I’m personally invested. I have been encouraged by what Patrick and his friends did to reassess my attitude to others).

Dear God, thank you for creating us with such diversity. Help us to realize that we are all equal in your eyes. Help us to treat each other as you would. In Jesus’ name I pray. Amen.