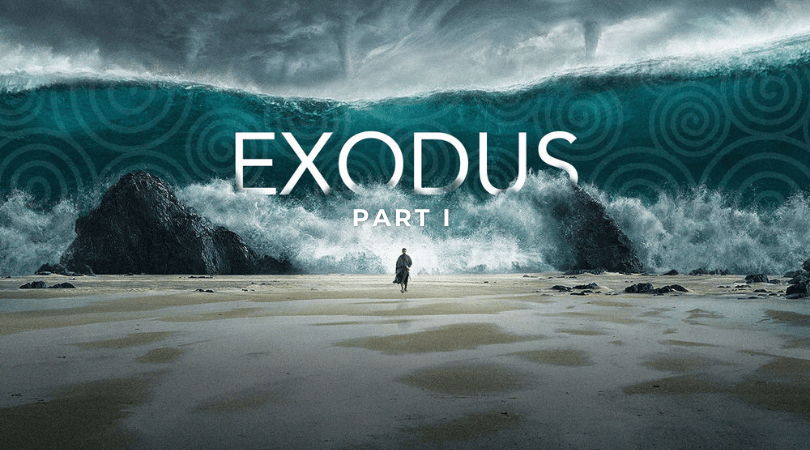 Reggae icon Bob Marley is considered inspirational to many. The lyrics in some of his music are uplifting and seem to echo the sentiments of prophetic messages. One such song is entitled ‘Exodus,’ which was recorded during a period of exile in London in the aftermath of an attack on his life in Jamaica, during a period of political unrest. This song parallels Marley’s personal challenges with the biblical account of the Exodus. One of the most enthralling and engrossing events, it speaks about much more than one man’s flight from political infightings or unrest. The account details God’s deliverance of the Israelites from slavery in Egypt, by the leadership of Moses.

So, how did the nation of Israel end up in Egypt?

In a nutshell, the Bible informed us that there was a famine in the land of Canaan. Thus, the Hebrew patriarch Jacob emigrated with his extended family of 70 to Egypt to seek better economic and living conditions. Their decision to emigrate was initiated by Joseph, Jacob’s son who was appointed as the Viceroy of Egypt. Such a position enabled Jacob’s family to freely access food, safety and comfort. Eventually a short stay was extended into 430 years. Many a migrant can identify with this narrative. A short stay in a foreign country sometimes leads to settlement. Settlement leads to family expansion, which in turn leads to citizenship.

As time passed the Israelites prospered and quickly multiplied to about 3 million people. The new Pharaoh became fearful and jealous and devised evil plans to destroy their wealth, diminish their numbers, and decrease their apparent power.  Thus, all Israelites were confined to Goshen, an unproductive, barren wasteland.  The population was controlled by the killing of boy babies at birth, (an action which eventually resulted in Moses’ adoption into the pharaoh’s palace). The migrants were enslaved and given backbreaking tasks to do without pay. Various strategies were used to dissuade them from forming alliances with other nations in case of war. The intent was total subjugation and loss of identity.

One day in the wilderness an Israelite fugitive called Moses saw a strange phenomenon. He had escaped the potential wrath of the Pharaoh. Forty years before, he went to observe his people and saw the mistreatment of one by his Egyptian overlord. He killed the Egyptian and fearing for his life, he fled. It was very clear to Moses that on his own he could not lead the Israelites to the promised land. Instead, God provided the necessary training as a shepherd in Midian. He saw a burning bush that was not consumed by the flames. He couldn’t help but investigate. Here he was confronted by the voice calling his name.

God said, “I’ve taken a good, long look at the affliction of my people in Egypt. I’ve heard their cries for deliverance from their slave masters; I know all about their pain. And now I have come down to help them, pry them loose from the grip of Egypt, get them out of that country and bring them to a good land with wide-open spaces …” Exodus 3:7-8.

God is listening and is extremely concerned about our pain, anguish and wellbeing. You have not been abandoned. God has not alienated himself from your oppressors and the oppressions. It can be hard to remember this when faced with a mountain of problems and no apparent solution in sight. You are not alone; he is with you. Continue to exercise your faith. God’s will respond to your situation at the right time and in the best way – His way. Keep crying out to him.

Heavenly Father, you heard the cry of the Israelites, and you sent a deliverer. I know you hear me when I pray. Help me to wait patiently on your timing, in the name of Jesus. Amen.