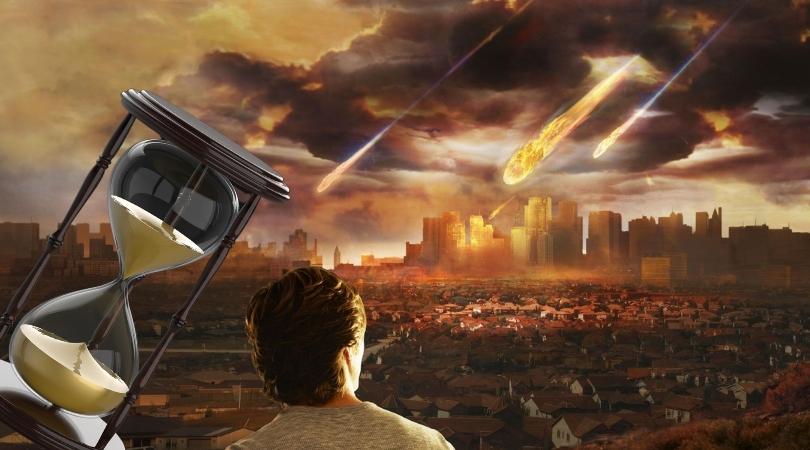 Most of us engaged in gainful employment, will admit that we are a slave to our alarm clocks! When the abrupt and usually unwelcome siren disturbs our slumber, it is an indication that we have to get up and start our day!

I am one of those people who gives myself ample time to get ready, so I can gently welcome in the morning. Others will want to eek out every last minute of sleep thereby giving themselves a minimum amount of time to shower, breakfast and get out the door!

Some of us, are a combination of both. We give ourselves enough time to rise but press the snooze button continually so we can have 10 more minutes, until the culmination of just 10 more minutes leads to a frantic attempt to run out the door and not miss the train. (I have been guilty of this!)

It never ceased to amaze me when I used to commute to work, that I would see fellow commuters on the train, brushing their teeth and spitting into a bottle or putting on their make-up, because they neglected to leave themselves enough time at home to finish grooming.

I would often wonder how the remainder of their day unfolded. Did their lack of preparation pave the way for a day filled with stress and mishaps due to being disorganised? I realised however on seeing repeat offenders, that for some, the habit was so deeply ingrained it had become a part of their daily routine!

As I contemplate on this, it has not escaped my notice that many of us as professed Christians keep hitting our spiritual snooze button.

The Holy Spirit is prompting us to wake up and take action! To prepare for what is to come but we have spent a life time hitting snooze and cultivated habits that have drowned out the urgency of the continually sounding alarm. As the divinely inspired author, Ellen G White reminds us that, “A terrible condition of the religious world is here described. With every rejection of truth the minds of the people will become darker, their hearts more stubborn.” (The Great Controversy, chapter 39).

Many who profess to be God’s people are so entrenched in the trappings of this world, they fail to recognise they are sleeping through every alarm call and missing the opportunity to prepare for the time of trouble that will soon be upon us.

Having knowledge without application, renders the knowledge useless.

In Proverbs we read:

The fear of the Lord is the beginning of knowledge: but fools despise wisdom and instruction.

The easiest way to determine how you stand is to ask yourself what you are doing with the knowledge you have.

If your answer is “no” to the above then regardless of your own interpretation, Proverbs 1:7 is likely to be applicable to you.  Could it be that the ways of this world are so entrenched in your daily life that you label the spiritually awake as alarmists and conspiracy theorists, in an attempt to justify your own disobedience?

Our time of preparation is coming to a close and a shaking will take place in the church that separates those who believe in the bible and follow what’s in the bible and those, who do not! Only those that carry the seal of God will make it into God’s Kingdom.

“And I saw another angel ascending from the east, having the seal of the living God: and he cried with a loud voice to the four angels, to whom it was given to hurt the earth and the sea, Saying, Hurt not the earth, neither the sea, nor the trees, till we have sealed the servants of our God in their foreheads.”

If you keep pressing the snooze button, silencing the voice of the Holy Spirit urging you to get ready, Ignoring the knowledge you have received. You will be in the party of the five foolish bridesmaids, who neglected to fill their lamps with oil (The Holy Spirit) and fell asleep.

“He who reads every heart and tries every motive, will leave none who desire a knowledge of the truth to be deceived as to the issues of the controversy. The decree is not to be urged upon the people blindly. Everyone is to have sufficient light to make his decision intelligently.” (Ellen G White, The Great Controversy, chapter 38)

But truth will not just reveal itself to us. We need to desire it, search for it, appeal to God for it. Or as the Psalmist puts it:

Teach us to number our days, that we may apply our hearts unto wisdom.